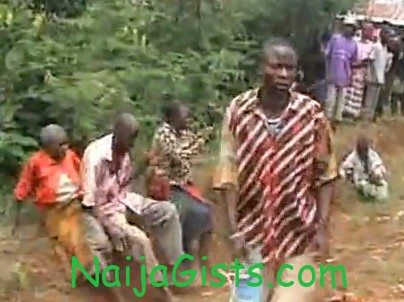 Few weeks after a terrible jungle justice was carried out in Port-Harcourt Nigeria where 4 University of Port-Harcourt student were burnt alive after they’re accused of armed robbery at Aluu village, another one has surfaced from a remote village of Kisii in Kenya. naijagists.com

We can’t but sympathize with those elderly people (2 men and 2 women) who were burnt alive after they were accused of practicing witchcraft.

The sad video which is currently going viral on YouTube showed how these elderly people were beaten to stupor and burnt alive in the aforementioned Kenyan Village.

Jungle justice is gradually becoming a virus plaguing Africa which must be eradicated.