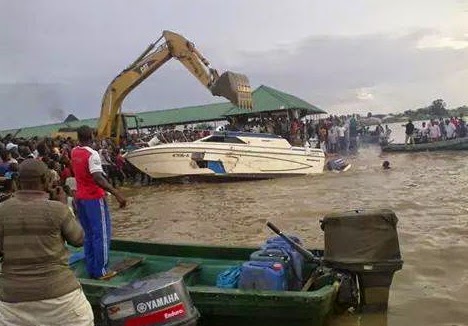 Tragedy hit the Peo­ples Democratic Par­ty (PDP) during its ward congresses over the weekend as five mem­bers of the party drowned along Ekeremor River when their boat capsized.

However, the former depu­ty- governor of Bayelsa State, Peremobowei Ebebi and six others were lucky as they were rescued by natives and passengers of other boats, who witnessed the incident.

Checks indicated that they were returning to Yenagoa when the boat driver lost con­trol while on high speed. The boat was said to have capsized immediately be­cause it was overloaded with members of the party anxious to return to Yenagoa before nightfall.

Local divers were said to have been drafted to rescue Ebebi and others, while they searched for the bodies of those that drowned.

Investigations revealed that the local divers have re­covered three bodies which have been deposited at Bomadi.

Police sources said the identity of those that died would be released soon, while search continues for the two remaining bodies. [NAN]