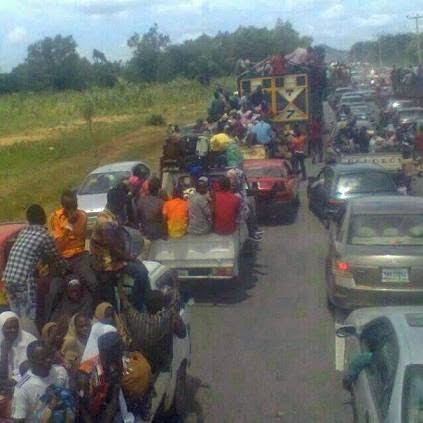 The security situation in the captured town of Mubi in Adamawa state is gradually improving after members of Boko Haram sect assured residents of safety as long as they follow Islamic rules.

Trapped residents told Premium Times on phone that the town has been renamed, Madinatul Islam meaning the city of Islam.

One of the residents who couldn’t leave Mubi when it was captured by the terrorists said they have taken over the entire city.

“They mounted check points and surveillance at strategic locations, brandishing riffles but asking us not to panic or run away,” Mr. Aliyu Bala said. 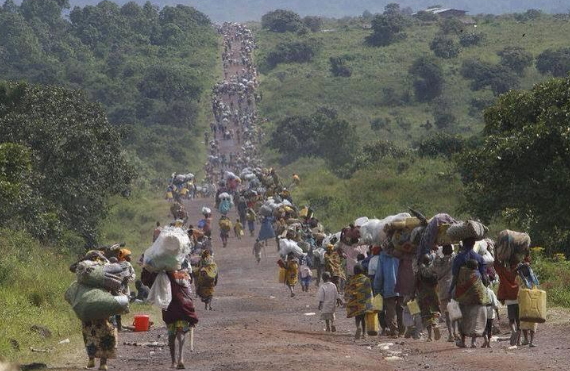 A Yola based lawyer who went to a nearby town to pick up his fleeing parents said despite the assurance by the insurgents several trapped residents are still fleeing, including soldiers.

‘’I was in Maiha few hours ago,” he said “The pathetic plight of the people I saw was simply beyond imagination. We were in a commercial bus when some fleeing soldiers said we must adjust for them to get space in the bus to flee, which we objected to. It’s unfortunate that even soldiers joined civilians to run away.”

Boko Haram have urged displaced residents of captured Adamawa cities to return home, assuring them of safety in the Islamic Caliphate.

A resident of Uba town, Mr Salisu Baba said activities have picked up in the towns captured by the insurgents.

They have urged resident to go about their normal activities and open their shops for business assuring them of total safety under Islamic Sharia law.

“Whenever the insurgents want any commodity, they pay for it. This encouraged meat sellers, tea sellers and others to open for business,”.

“They provided security during the market day of Uba town last Thursday while promising to continue to give marketers and residents who come to the area utmost security as long as they comply with Islamic rules.”

“They have opened one of the filling stations belonging to A.A Garba in Uba town as motorists’ troops to buy the commodity due to high demand,” Mr. Baba said.

Are they not the same heartless people who killed over 1 million Nigerians.

Residents of those cities should better flee for safety before they unleash terror on them.