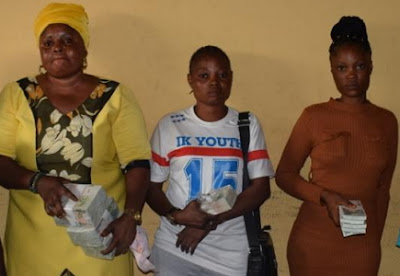 5 suspected Naira hawkers have been arrested in different parts of Ogun State.

Ogun state Police spokesperson Oyeyemi Abimbola said N1, 560,000 was recovered from the suspects caught during an operation executed  by Police in conjunction with The Central Bank of Nigeria.