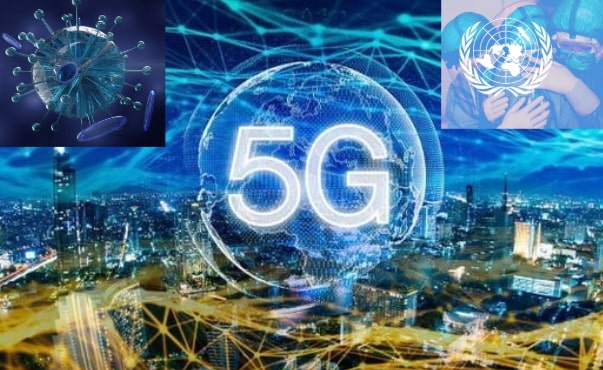 Covid 19 And A Case For Earth: 5G, Coronavirus And One World Government Agenda

One of the concerns of those who insist that the Chinese virus is connected to 5G and is being used as a tool by some powerful interests is that, eventually, it would be used to further the agenda of a One World Government…

But the question is, what exactly is wrong with a One World Government? I mean, earth is just one of the planets in our solar system. Compared to the sun (which is actually a very small star anyway) earth is so small that 330,000 Earths can actually fit into the sun. In other words, the sun, which is 50 times smaller than an average night star is actually 330,000 times bigger than the earth.

And there are over a 100 billion suns in the Milky Way Galaxy, and there are over a 100 billion galaxies in the universe…Albert Einstein once talked about the possibility of an infinite number of parallel universes existing side by side in infinitity…so what’s the fuse about a One World Government when the earth is just a speck of dust circling a Sunbeam in an obscure corner of the Milky Way Galaxy?.

We have heard the rationales offered by the super powers like China, Russia, America, European nations (with a conspicuous absence of African voices) etc, we know who speaks for the nations, but who speaks for the human species as a family, who, according to the late Dr Sagan, speaks for Earth?

Human loyalties are to people of their kind, tongue, culture and religion, but should our obligation be owed solely to ourselves and those who are “like” us? We will eventually discover extraterrestrials, we will find that, like villagers in the Amazon forests unaware of the massive radio and television signals traffic overheard them, because they lack the knowledge, there is a massive community of federating higher civilizations existing in the galaxies that we are currently unaware of. When we do, how do we relate with them? As Chinese, Americans, Nigerians, or as the human race?

I repeat, there is only one race, and that’s the human race, and national boundaries are not evident when we view the earth from space. Fanatic ethic, religious or national identifications are a little difficult to support when we see our planet as a little fragile crescent, fading to become a little inconspicuous point of light against the bastion and citadel of the stars. All the noise, delusion of self importance, that everything was made for us, even though we are just one among the over 10 million species on Earth, are all just a waste of time…

Our spaceship the planet Earth, which is currently being powered by massive, yet dying, organic machines (trees and the wild) is just a tiny little stone on a journey through the infinite darkness of space, and sadly, it has a lifespan, and the earlier we realise this, and treat it has one big “country” under a One World Government, the better for the human race…

Coronavirus Pandemic: A Time To Stand With The People
Tension As More Nigerians Flee Cote D’ivore Over Coronavirus Spread