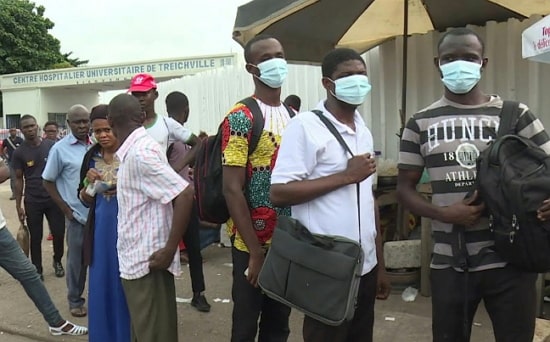 Panic of coronavirus spread has gripped Citizens of Osun State following the news last night that 67 people are on the way to the state from Cote d’Ivore by road.

It was learnt that they were at the Ghana-Togo border yesterday where they were negotiating passage to enable them access Nigeria through Benin Republic’s border with Nigeria at Idi-Iroko.

A few days ago, a group of 127 travellers from the same country claiming to be indigenes of Ejigbo, Osun State, came into the country after they were initially denied entry by the Ogu State Government.

On arrival they were taken to isolation before Coronavirus tests were conducted on them out of which 18 persons tested positive. They are currently undergoing treatment at the Ejigbo isolation centre.

Among those under treatment are two people who hail from Abia State.

The others mainly from other states – Oyo, Ogun and Delta were allowed to go.

“If they are allowed back into this state, we don’t know how the government can cope should many of them test positive, like some members of the other team did,” a senior citizen of the state lamented last night. He warned against allowing them to enter the country and wondered why they would be travelling at the time the country’s border is shut

5G, Coronavirus And One World Government
7 In 10 Covid-19 Patients In New York Are African Americans