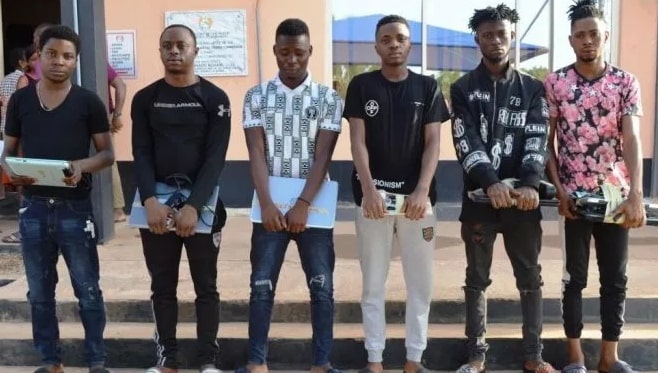 The EFCC today swooped on a location suspected to be a hideout of internet fraudsters following series of intelligence from residents of the area on their alleged fraudulent activities.

The early morning raid on apartments within the Kolapo Ishola Estate, in Akobo area of Ibadan led to the arrest of six youngmen between the ages of 24 and 30 years.

A series of intelligence gathered on them suggested that they are deeply involved in all manners of fraudulent activities, including love scam, through which they illegally obtain money from unsuspecting victims.

They will be charged to court as soon as investigations are completed.