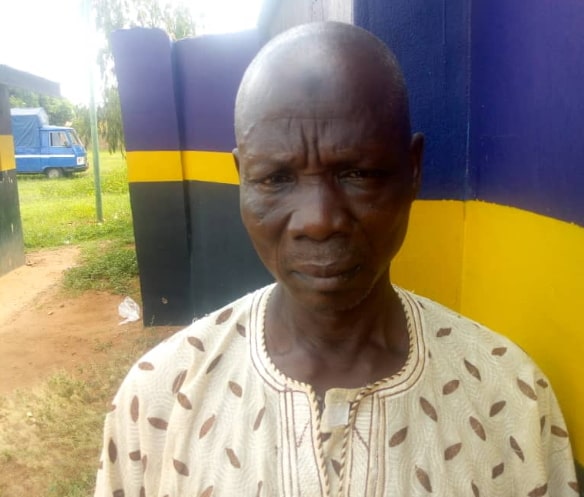 An elderly man identified as  Sulaiman Rauf, has been arrested by men of the Ogun state Police Command for defiling 10 years old girl.

The arrest of the 65-year-old suspect followed a complaint by the girl’s father, Fahinhun Mathew, who reported at the Idi-roko Divisional Police Headquarters that the suspect who resides in their neighborhood, sent the victim an errand, but when the girl returned, he lured her into his room where he forcefully defiled her.

After the sexual abuse, the girl quickly notified her father about the incident, which prompted the man to report it at the Police station.

Detectives stormed Araromi Street Ilase where the suspect resides and was promptly arrested, according to Abimbola Oyeyemi, the Police Public Relations Officer in Ogun state.

Abimbola, a Deputy Superintendent of Police (DSP) who made this known in a release, stated that “upon interrogation, the randy old man admitted having carnal knowledge of the victim but claimed not to know what led him to it.”

The Police Spokesman added that the victim has been taken to the General hospital for medical attention and report.

However, the Commissioner of Police Bashir Makama has ordered the immediate transfer of the suspect to Anti-Human trafficking and child labor unit of the state criminal investigation and intelligence Department for proper investigation and prosecution