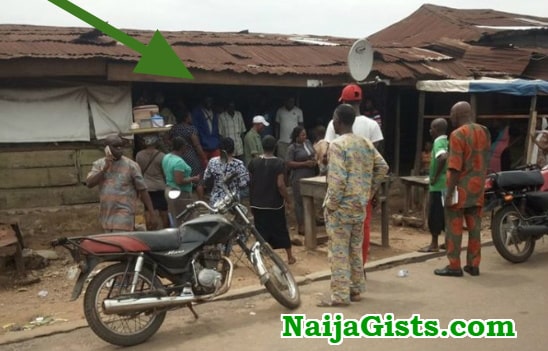 A mother of three identified as Toyin passed away mysteriously early this morning in Akure, the capital city of Ondo state.

Her death was a suspected case of money ritual gone wrong.

According to an eyewitness, two local pots and some fetish items were found beside her where she died inside her room located at Tipper’s garage, Isikan area of Akure.

The mysterious death was said to have caused panic among the residents who trooped into the house to catch a glimpse of the dead woman.

Her corpse has been transferred to the mortuary for autopsy.