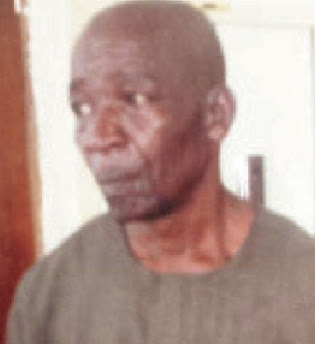 Etukudoh exploited his blood relationship with the girl’s father and gradually gained access to the girl with the parent’s consent, under the guise of wanting to help with household chores.

Ofonime, a JSS1 student of Southern Annang Comprehensive Secondary School, Ikot Okono, Oruk Anam Local Government Area, who was already four months pregnant as at the time the crime was exposed, claimed she was threatened with a kitchen knife in order to succumb to the illicit act.

She, however, admitted to have continued honouring the man’s subsequent invitations without the consent of her parents. When interrogated by the Crime Investigation Department (CID) at the police headquarters in Ikot Akpanabia, Uyo, Etukudoh who cried, rolling on the floor, admitted to have had sex with his victim four times before the pregnancy but promised to take good care of her till delivery.

“I have only two children and I will be very happy if her family would allow her to give birth to this child for me, I will take good care of her, I promise. Please don’t charge me to court, I would die there. I will give them whatever they want,” he said.