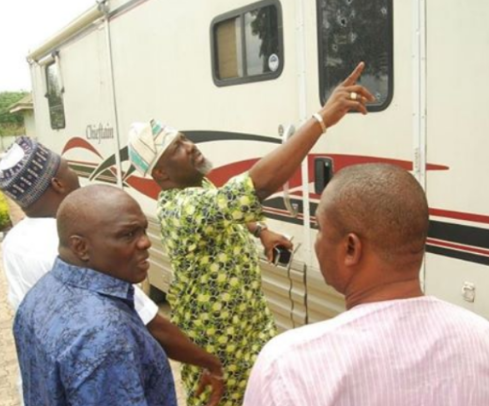 The suspected assassins who made an attempt on the life of Kogi West Senator Dino Melaye in Kogi state over the weekend have been arrested.

Dino Melaye escaped  unhurt when the gunmen invaded his country home in Aiyetoro Gbede area of Ijumu on Saturday.

The seven suspects who destroyed Dino Melaye’s vehicles have been arrested.

The black jeep they used for the operation have been impounded by Kogi State Police Command.