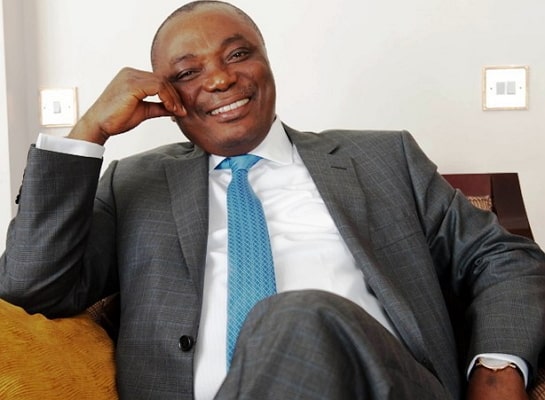 The Anti-Corruption and Integrity Forum has instituted a suit at the Federal High Court, Asaba, Delta State, seeking the disqualification of Senator Peter Nwaoboshi from next month’s National Assembly election over alleged membership of secret society.

Nwaoboshi is the incumbent senator representing Delta North Senatorial District, and chairman, Senate Committee on Niger Delta. He is seeking re-election on the platform of the People’s Democratic Party (PDP).

But, the civil society group, Anti-Corruption and Integrity Forum, is alleging that Nwaoboshi is a member of a secret society, First Trigger Boys (FTB), that allegedly murdered one Zakarie Saswed, on July 20, 2013, at Ibusa in Oshimili North Local Government Area of the state.

The group, in suit number FHC/ASB/C5/11/2019, further alleged that the secret society was responsible for the murder of motorcycle operators, popularly called Okada riders within Ibusa community, between June and July 2013.

The PDP, Independent National Electoral Commission (INEC), the state Attorney General and Commissioner for Justice and the state Commissioner of Police were joined as second, third, fourth and fifth defendants, respectively.

The plaintiff is seeking the interpretation of Section 66(1) and (g) of the 1999 Constitution as amended, whether Nwaoboshi is qualified to contest election by virtue of his alleged link with the secret society.

Among the reliefs sought by the plaintiff is an order to nullify any certificate of return issued by INEC to Nwaoboshi, and a fresh one issued to the candidate who came second by majority of lawful votes cast in the PDP Delta North Senatorial district primary of October 2, 2018.

In the alternative, the group prayed the court for an order for Nwaoboshi to vacate the seat if he wins the 2019 election, to pave way for his replacement by the candidate who came second in the PDP primary for the senatorial district.

Presiding judge, Justice O. E. Abang, who adjourned the matter to February 5, 2019, for mention, granted leave to the plaintiff to serve concurrent writ of originating summons on the second and third defendants (PDP and INEC) in Abuja.

The court, however, struck out the application for accelerated hearing on the grounds that parties in the case must be represented in court, to agree whether the case should be given speedy hearing.