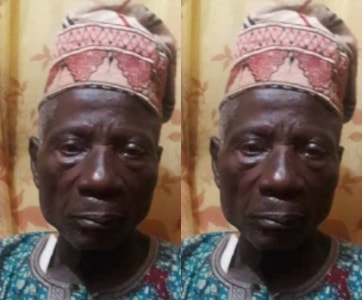 An elderly man from Ago Iwoye Ogun state has been arrested by Lagos State Police Command for allegedly defiling and impregnating an underage child.

The 73-year-old suspect identified as Pa Fola Olowoigbo, a resident of #2 Fela Ahmed street in Agric area of Ikorodu allegedly defiled the innocent child until she became pregnant at the age of 14.

According to police investigation, the next door neigbour who is always sending the girl on errands had ulterior motives.

The mother notified the police when her daughter confided in her this week.

The Gender Section of the Lagos State Police Command has taken over the case.