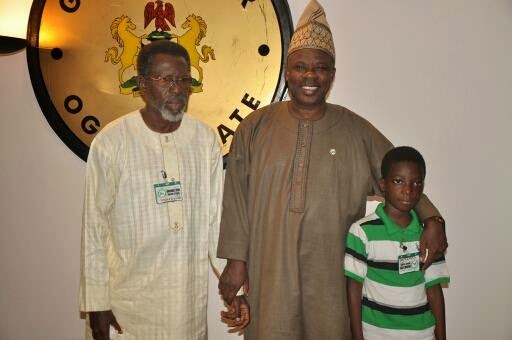 Veteran Nollywood actor Kayode Odumosu who is battling a serious health issue has bought a house in Abeokuta the capital city of Ogun state.

The popular thespian has moved from his rented apartment in Mushin Lagos to his own house.

A family source said that despite the recuperating state of the ace comedian, he was still very much joyous and excited about the new development, singing praises in appreciation of what God has done in his life.

“Pa Kasumu is very happy at the moment. He has finally moved into his new house in Abeokuta, Ogun State. I learnt he relocated on Thursday, April 17, 2014. I also learnt that his former place in Mushin, Lagos, has been occupied by another person. I learnt he should have moved to the place since January but due to the delay in the renovation of his newly acquired house. He was asked to remain in Mushin till everything was completed. I really thank God for him. He has started a new life entirely.”