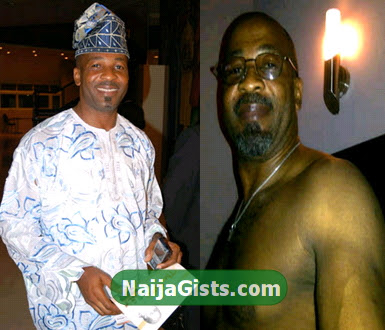 Cute Yoruba actor Yemi Solade who got involved in a messy sexual harassment scandal last year with a lady identified as Bunmi Ladipo is currently in another messy scandal. Read the previous update here if you missed it

Last year Bunmi Ladipo, a US-based lady accused the actor of harassing her sexually after they met on Facebook and exchanged BB PINS.

In the previous update below is what the lady said:

“I accepted his friendship request because I recognized him as an actor.

“After accepting his friend request, we started doing normal chatting and along the line, exchanged Blackberry pin. But unknown to me, his intention was beyond the normal relationship as he began to disturb me for something else, but I politely told him it is impossible because I’m happily married.

“At a point, I felt it was someone impersonating him. But I got the biggest shock of my life when he started sending me his nude pictures and sorts. He later called on phone and I recorded the conversation. In fact, that was when I was convinced that he was actually the one harassing me sexually.”

Yemi Solade In Fresh Threat To Life Scandal With Woman

Yemi Solade is now in a new scandal with a lady identified as Bola Animashaun who spoke to Best of Nollywood Award organizers few hours ago.

She said she met the actor on Facebook two years ago and they started talking. They exchanged blackberry pins in the process.

As their relationship progresses, the lady said the actor started pressuring her to see him and she has been rejecting the offer.

The lady claims Yemi Solade got really upset and sent her a scary message that she will die if she refuses to see him.

The message got her really scared and she sent out a Blackberry announcement to few friends and relatives.

See the BBM announcement below

Yemi Solade jus placed a curse on mi dt i wont c d end of dis year all becos i refused to sleep with him pls if anytin apuns tp mi he is responsible.

Bola Animashaun who confirmed the report to BON few hours ago said she is about to file an official report at the Police station.

She also said she will report Yemi Solade to Association of Nigeria theater act practitioners, ANTP.

Yemi Solade has denied ever knowing the lady.