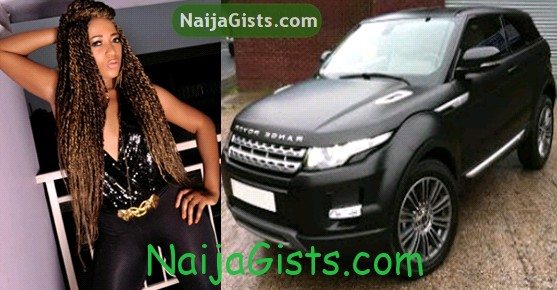 Nigerian actress Rukky Sanda has joined the league of big Nollywood babes with their own wonders on wheel. naijagists.com

According to birds in the know, the beautiful actress acquired her N14.5 Million Range Rover Evoque in May of this year and parked it in her garage.

The actress was spotted earlier this week painting the town red with her newly acquired Range Rover SUV.