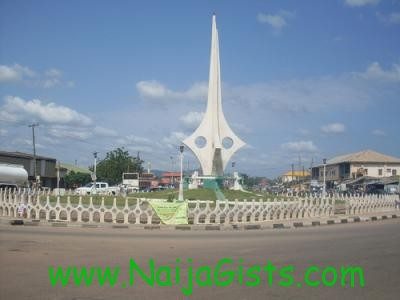 According to the daily times, The Adamawa State Government, on Tuesday Nov 15, 2011 in Yola, announced the arrest of an employee in its Ministry of Education who is alleged to have been fraudulently collecting a monthly salary of N6 million.

The Head of Service, Othman Mohammed, who made the announcement while inaugurating the audit committees for the local government staff, said the fraud was discovered before the recent introduction of e-payment for the workers.

He challenged members of the committees to do a thorough job, particularly in ascertaining whether workers were properly paid the salaries due to them.

“You need to verify that a worker placed on level six or seven is not receiving something higher than his director,” he said. “In the last exercise before the state government adopted the e-payment, there was a staff audit in the Ministry of Education, where an employee was found to be receiving N6 million as his monthly salary.”

Mohammed said the committees were also expected to physically determine the actual number of staff in the local governments, according to their departments, and ascertain the genuineness of their qualifications in relation to their designations.

He said the committees were expected to submit their reports in two weeks, noting that the payment of the new minimum wage to local government staff depended on the outcome of the assignment.

Responding on behalf other members, Musa Kaibo thanked the state government for finding them worthy for the assignment, and promised not to fail.

Whaooo this is greediness of the highest order 6 Million Naira monthy salary when some people in the state are struggling to have 3 meals a day ???(daily times)