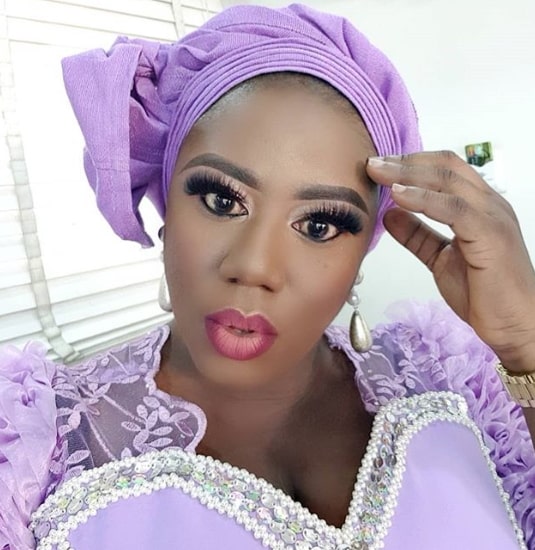 Controversial actress Adediwura Adesegha popularly called Adediwura Blarkgold has expressed her feeling concerning her big boobs, saying she can’t imagine what life would have been like if she had not been blessed with big boobs.

Referring to the picture of herself as a teenager, she said,

“How I got big breast still baffles me till date. Ha Oba mi onise Ara, anu nla ni mo ri gba o ( it is a great gift from you God). What would I have done with small boobs? God, the great enhancer. Don’t lose hope, God can still do yours.”

The pictures she posted was of herself in 2001 compared to the one taken in 2018. The difference in her bosom was remarkable. 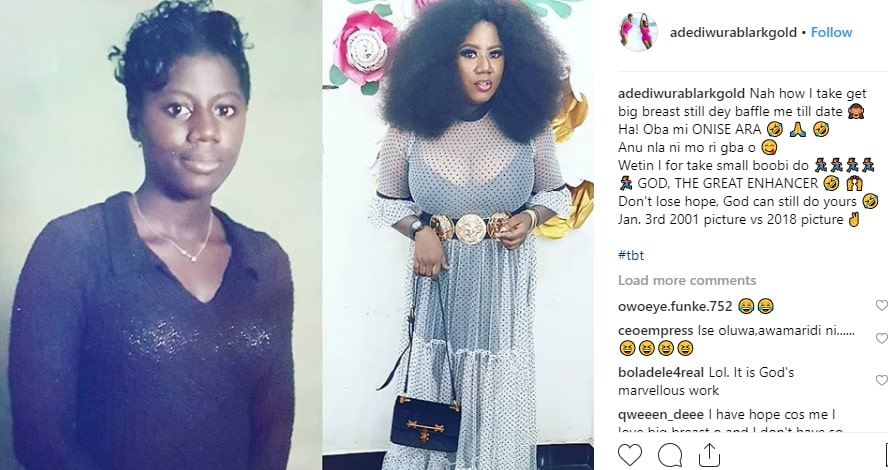 Adediwura once admitted in an Interview with Vanguard that she sees her breast as her selling point and wouldn’t hesitate to flaunt them. But when asked if she considers herself as one of the most endowed women in Nollywood, her reply was as epic as it sounded.

“I will put myself in category C or may be category B. I have people who are in the category A like Ronke Oshodi Oke and Foluke daramola,” she said.

Lord have mercy!!!. What a way to start the new year.