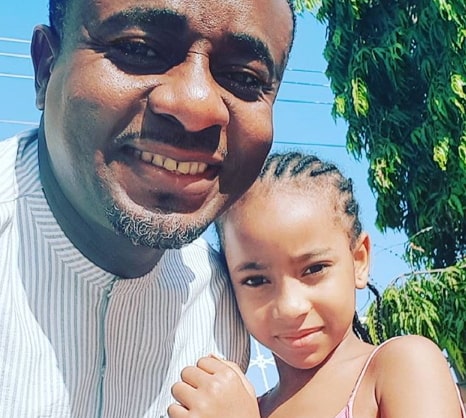 Nollywood actor Emeka Ike who recently announced his plan to run for House of Rep. Seat under the Young Progressive Party of the Okigwe South Federal Constituency of Imo State next has revealed why he ventured into politics.

Speaking to Saturday Beats about it, Ike, noted that he wanted to do his best for his people.

“I was invited to represent my constituency, it is not just about me. I see it as putting in my best to serve my community better. I have always had leadership qualities and I have operated in leadership positions for a while, and it is all about human management.”

When asked if he’s quitting acting, the actor who also revealed the secrets of his youthful looks said;

“I will still act good scripts when I see one; I just came back from a movie set in Kenya. Politics cannot affect my acting career. I take a lot of water and I don’t soak myself in alcohol and other things that could affect me on the inside. I function as a very smart person with so much energy. I don’t let anything weigh me down. Even when my school was shut down, the doctor checked me six months later and I was still okay. He was surprised that I didn’t have any chest pain.”

Why Adesua Etomi & Banky W Marriage May Never Crash – Insider
Omotola Jalade: I Have Not Retired From Music