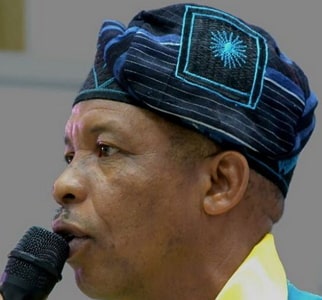 Nollywood actor Saka is a bag of talent and a hard working man. Unknown to many of his fans, he is also a lecturer who teaches drama at the Adeniran Ogunsanya College of Education, Ijanikin in Lagos State, as he is a talented comic actor.

Although he was aware that most people wished that he would give up one for the other, the actor, who only just finished his tenure as the Head of the Department of Theatre Arts at the institution, said, in an interview with our correspondent, that he had no plan to quit teaching for a full-blown career in film acting.

“There is little or no difference between teaching and acting. I enjoy doing both. When you teach in the classroom, you are officially disseminating information. It is almost the same thing as what an actor does on stage or in a film. An actor entertains and at the same time, passes a message to his audience.

Asked if his superiors at AOCOED ever had cause to complain about his repeated absence from the classroom, Oyetoro said he had been fortunate to work under a management team that gave its employees enough room for self-development.

“The management of the college of education where I work is a progressive one that encourages the members of its staff to go out and develop themselves. The management will not complain as long as whatever we do does not interfere with the academic work. That is why most of the time I do all the things I do outside the classroom during the holidays or at the weekend. So, if I go outside the institution and come back, I am adding value to what I teach in the classroom.”

“I spend my time judiciously, even outside the classroom. When I am not teaching, especially during my annual leave or the holidays, it is either I am relaxing abroad or I am busy on location somewhere,” he said.

Having paid his dues in the entertainment industry, the actor expressed the desire to start something worthwhile on his own. “I have been making some moves for some time now. I am currently working on a television drama series and a movie. I hope to get them ready by the first quarter of 2019. I hope there will be enough support. But, whatever be the case, they will be released next year.”

In addition to the works in progress, Saka, in a rare collaboration with fellow lecturers and students of the Theatre Arts department at AOCE, has concluded the recording of two full-blown programmes for TV.

Continue Reading
You may also like...
Related Topics:afeez oyetoro saka