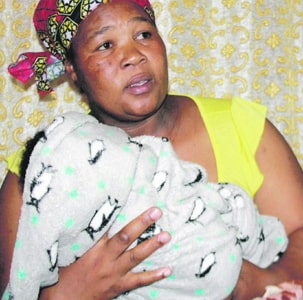 Alcoholic Man Hangs Self With Wire Over Accumulated Debts, Leaves Wife & Others Heartbroken

A man in South Africa ended his own life abruptly over the weekend over his inability to settle his debts.

45-year-old Mphangeli Muncu, a native of Bergman in South Africa who accumulated too much debt due to his alcohol addiction reportedly hanged himself with a cable on Saturday morning.

Here is how the mother of 4 lamented the demise of her husband.

“We were happy when we ate supper together on Friday night. “I was so shocked when my son ran into my room, telling me his father was dead. “I jumped out of bed because I didn’t believe what he was saying.

“When I opened the door, I found him hanging from the roof. “I don’t know why he decided to kill himself because life is full of debt.”

“I tried to convince him to stop but he didn’t listen. “He used his money to buy alcohol and never brought any of that cash home. “Sometimes he didn’t want to go to work because he was scared of the people he owed.

“He left me with four kids and I’m unemployed. “I don’t know how I’m going to raise my children.”

A friend of the deceased said:

“We were drinking together on Friday and he gave us money. “We were so surprised when he took out hundred rand notes. “I refused to take his money but he forced me to. “I didn’t know it was his way of saying goodbye.”