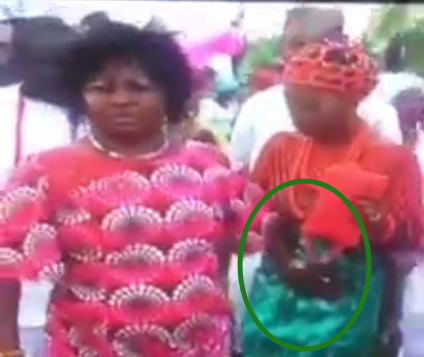 The woman allegedly caught on a viral video of a couple who got married two years ago has confessed.

The lady who married back in 2015 is yet to conceive.

The couple who saw the viral video apparently confronted the alleged witch who confessed she was the person behind their ordeal.

Another source on FB said they have reportedly sent elders to beg her so as to release the womb she snatched two years ago.

This looks like a scene from a Nollywood movie but it happened in real life.