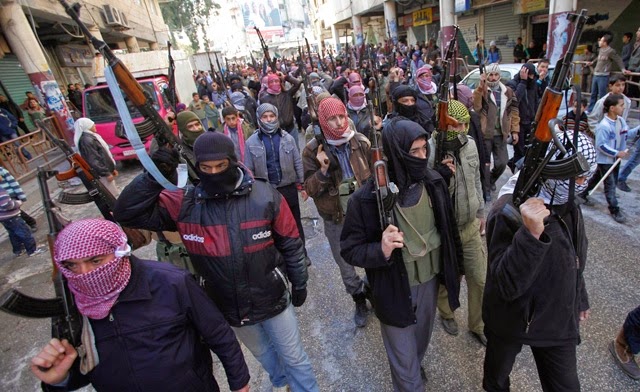 According a US State Department, some 12000 jihadists from 50 different countries including Americans have travelled to Syria since the conflict began several years ago.

A US official, speaking on condition of anonymity, estimated that more than 100 US citizens have traveled or tried to travel to Syria to join the conflict.

They have traveled to join radical groups including the Islamic State (IS), militants fighting the regime of Bashar al-Assad in Syria who have expanded into neighboring Iraq.

“We think that there are approximately 12,000 fighters from at least 50 countries in Syria — foreign fighters, including a small number of Americans — that may have traveled to Syria since the beginning of the conflict” more than three years ago, said deputy State Department spokeswoman Marie Harf.

“They may all not still be there,” she said, without revealing an estimated number of Americans.

US officials have been unable to identify an organized recruitment effort aimed at US citizens, as is the case in Europe.

Washington has publicly stated that Western fighters pose an especially dangerous risk, especially when they return to their countries of origin.