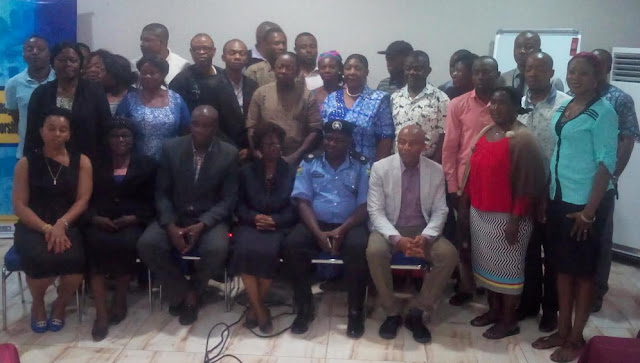 The CLEEN Foundation, an Abuja based Justice Sector Reform Advocacy organisation during the week stormed Awka,the capital city of Anambra State where it assessed preparations for the forthcoming

November 18 gubernatorial election in Anambra State with a select group of civil society organizations,journalists,the police,INEC and other stakeholders.

The Foundation expressed deep concern at the seeming voter apathy and possible pockets of violence or breakdown of law and order on the election day which the attention of the Independent National Electoral Commission,INEC,and security agencies were drawn.

Top on the agenda is the IPOB threat to boycott the election,possible military interference on an election that ought to be a civil engineer exercise, compromise of the election by INEC officials and the police as well as other unforeseeable election malpractices.

Speaking at the venue of the seminar,the Assistant Programme Manager,Public Safety and Security,CLEEN Foundation,Lady Chigozirim Okoro said her organisation was seriously concerned about the peaceful conduct of the November 18 gubernatorial election in Anambra hence the public presentation of research findings on situation analysis of security and public safety in Anambra State.

According to lady Okoro,”in as much as the stake is high in the battle for Awka seat of power,the call by IPOB to its members and supporters to boycott the election has remained a source of worry for the government and some other Nigerians,adding that the election would test the strength of democracy in Nigeria after the latest negative impact of Nigeria’s military operation Python Dance in the South East of Nigeria.

Other flashpoints mentioned are,Okija,Okija,Ekwusigo,Nkpor,Obosi,Ogidi,Awka and Agulu.
In their separate contributions,the Anambra State Commissioner of Police represented by ACP Maiyaki M Baba assured of maximum security before,during and after the election by security operatives.

The INEC Head of Elections and Monitoring in Anambra State,Mr Ibe U Ibe said INEC preparations is intact and that some of the election materials were already being distributed.

While proffering for ethnic agitations and youth restiveness especially as it concern the gubernatorial election,the Foundation called for dialogue between the authorities and groups like IPOB in order to douse the tension in the He land.

They called on INEC,the police and other security.

How Wike’s Security Officers Almost Shot Amaechi, Pointed A Gun On His Head & Beat Up His Escort
Nollywood Actor Yul Edochie: I Was Not Invited To Anambra Governorship Election Debate