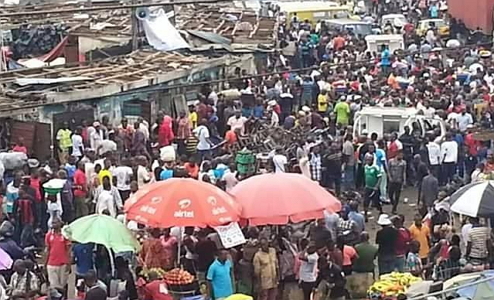 8 people were were reportedly attacked with acid by a yet to be identified man in Ugwuagba, Awada, near Onitsha, Anambra state.

According to investigation, the suspect carried out the attack following a quarrel he had with one Onyeka at Ngbuka old Auto Spare Parts market of the area.

The suspect immediately disappeared after allegedly unleashing his anger on the victims at the heat of the altercation.

“As soon as he poured the acid on them, he took to his heel and when he was pursued by onlookers, he outran them and disappeared,” a source said.

Confirming the incident, the Police spokesperson, Haruna Mohammed said the suspect is currently at large.

Continue Reading
You may also like...
Related Topics:acid, anambra, attack