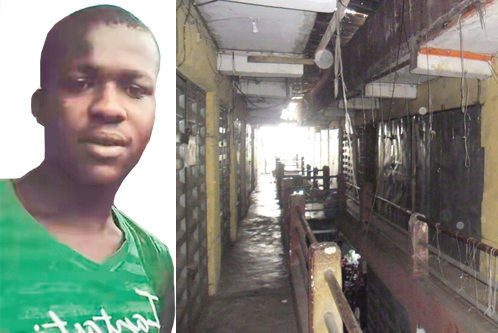 The biological father of 24-year-old Chetachukwu Lotanna, a trader and children’s games repairer at Oshodi Market, while receiving the remains of his son in his compound in Uhu-Obo, Okija in Ihiala Local Government Area of Anambra State, vowed that those who murdered his son would pay with their blood.

Initially, when he was contacted, Arusi Nkwo (Nkwo Deity), a dreadful native doctor in Uhu-Obo, expressed disbelief over what turned out to be the truth about his son’s death.

In his disbelief, the native doctor asked: “Are you sure it is my son that you are talking about? I don’t believe it because I didn’t see it coming, as there was no spiritual sign to warn me about such painful incident.

But if it’s my son, bring him back let me see.” When the corpse of the old man’s only son was taken to Anambra for burial, the agonising father said to those that brought the remains home: “I’m still waiting to hear what happened to my son. I have heard all you said but you people will be hearing from me when I have concluded matters with the gods. The killers of my son will pay with their blood!”

The 24-year-old Chetachukwu, popularly called Ewi, was clubbed to death by his co-traders at Banjeko Memorial Plaza, Oshodi, last Friday, for allegedly biting a co-trader. Chetachukwu, it was learnt, had his hands and legs tied with a dog chain, hung and then clubbed to death. Sunday Telegraph gathered that the late Cheta was beaten with various weapons.

After he was beaten mercilessly, he was left to die by his assailants who went about their normal businesses as if nothing had happened. Cheta only got temporary relief when two of his friends, Nnamdi Igbo and Sebastian Udoh, came to see the victim visit from nearby The Arena Market, Oshodi.

The duo ran to where Cheta was tied to rescued him but by the time they got there, it was too late, as he was already dead. Igbo, one of victims friends, who came visiting, said those who assaulted Cheta didn’t know the evil they did, until the victim was brought down from where he was kept after the beating. Igbo noted: “Where Cheta was killed was an isolated location at the upper terrace of the market building.

This place is meant for wholesale traders. People don’t go there in the early hours of the day. We were in the market and had no clue about what was happening until he was brought down to the street.

“When his colleagues found out that he was unconscious, they rushed him to the hospital. And while this was on, those who assaulted him still went about their businesses until his friends at the Arena Market brought his corpse back and started protesting his murder.