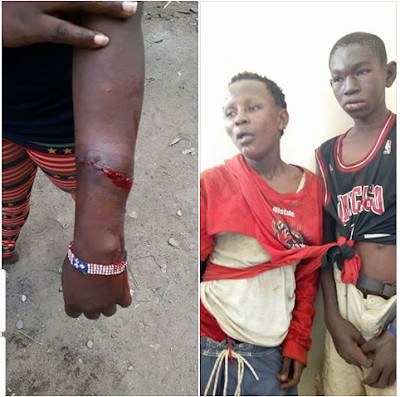 Check out the underage boys arrested for robbery at an undisclosed location in Ghana recently.

The innocent looking boys are very deadly as they are fond of waylaying their victims before attacking them with knife.

The 13-year-old boys reportedly stabbed a woman and fled after snatching her bag.

When their victim raised an alarm, a angry mob gave them a hot pursuit, beat them to stupor before handling them to police.

A social media source said it happened somewhere in Ghana.