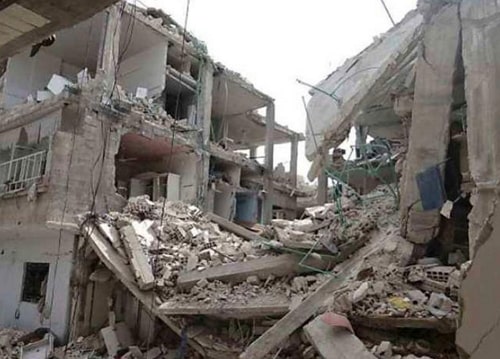 4 Injured As Another Building Collapsed On Lagos Island

The incident happened barely one week after a three-storey building collapsed on Massey Street, in the Ita-Faji area of Lagos Island, killing 20 people and injuring 40, including school children.

The ill-fated building is located on No. 57, Egerton Street, with many occupants, reportedly trapped.

According to reports, the collapsed structure had been marked for demolition by the Lagos State government.

Information emerging from the scene of the collapsed building revealed that officials of the Lagos State Building Control Agency (LASBCA), were demolishing a structure, which was among those earmarked for demolition, when a building beside it partially collapsed, injuring four occupants. The affected persons were said to have been rushed to the hospital for treatment.