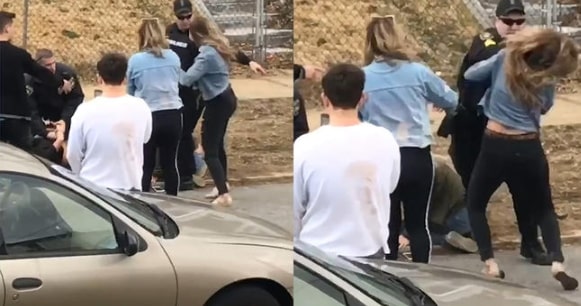 A cop is under investigation after video of him punching a woman in the face as he arrested her was posted online.

Footage shows the officer, who has not been named, hitting 20-year-old Dominique Difiore while clutching a stun gun outside a house in Chester, Pennsylvania, as St Patrick’s Day celebrations got out of control.

Chester Police say Difiore struck a police sergeant before getting hit, and video does appear to show the woman raising her arm before being knocked down.

Nevertheless, the police department has opened an investigation into the brawl after footage was posted on social media where it went viral.