British Nigerian boxer Anthony Joshua is no doubt enjoying the euphoria of re-claiming his belts but the party may not last long as the Nigeria born pugilist is under pressure to face mandatory challenger Kubrat Pulev.

Joshua reclaimed his titles in Saudi Arabia in December when he avenged his shock loss to Andy Ruiz Jnr.

He has underlined his desire to fight Deontay Wilder and Tyson Fury, but a showdown with Bulgarian Pulev appears to be next on the cards with the 30 year old being handed January 31 ultimatum by IBF to agree to fight the Bulgarian or lose the IBF belt. 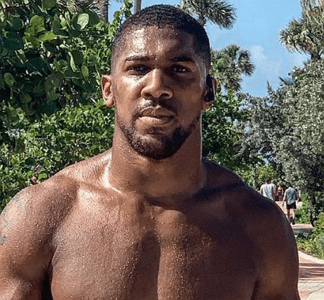 ‘I have just been told that the Pulev and Joshua camps have asked until January 31 to negotiate.’

If he fails to agree conditions for a fight he could lose the belt.

Joshua will also have to make room to face Oleksandr Usyk before long, as he is the mandatory challenger to his WBO title.

While the IBF and Pulev camp continue to mount pressures, Veteran boxing promoter Frank Warren only recently urged Joshua to maintain his cool and avoid going for what he dubbed lesser fights but rather go for the bigger ones against Deontay Wilder or Tyson Fury even if it meant losing any of the belts.

‘If I was Anthony Joshua I wouldn’t fight again until we know the winner of this fight (between Wilder and Fury) Warren told the Telegraph. ‘I’d let them strip me of my titles, and not fight anybody until the big one,” he said

38-year old Bulgarian boxer Pulev as of December 2019 was ranked as the world’s eight best active heavyweight by BoxRec and the Transnational Boxing Rankings Board and tenth by The Ring Magazine.

Pulev has a younger brother, Tervel Pulev, who is also a professional boxer. Both brothers have been named after Medieval Bulgarian rulers – Kubrat and Tervel

Continue Reading
You may also like...
Related Topics:anthony joshua, kubrat pulev, next fight