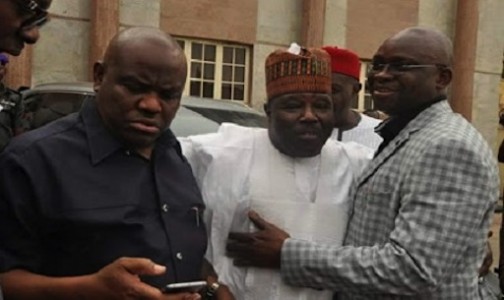 “The so called Victory Celebration held two days ago, February 27, 2016, at the Yakubu Gowon Stadium, Elekahia, Port Harcourt, was nothing but the celebration of PDP’s bloody victory obtained through massive rigging and the shedding of the blood of over 100 APC members murdered by PDP agents to usher in the administration of Governor Nyesom Wike.

“The celebration is shameful, callous and insensitive to the injured feelings of families still grieving for their loved ones needlessly killed by PDP agents during the campaigns and the April 11, 2015 gubernatorial elections,”.

“With the mischievous and deadly trio of Wike, Sheriff and Fayose who are all well noted war propagandists, insecurity will be heightened in Rivers State before the rerun elections of March, 19.

“Not satisfied with the amount of blood already shed by him and his party, Wike kick started this ominous and sinister attack against Rivers state and her people at the recent 50th birthday celebration of Senator Lee Maeba in Luuwa, Khana Local Government Area told PDP supporters that he will not be happy unless they stop Senator Magnus Abe’s re-election bid by all means. Similar charges at various fora by the Governor have resulted to the harassment, intimidation and killing of APC members on daily basis all over the State and the burning of APC candidates’ campaign offices, including Senator Magnus Abe’s Senatorial Liaison Office. 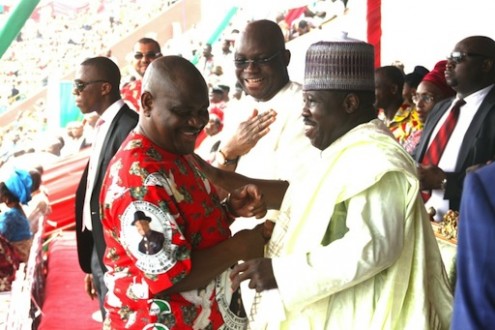 “Today, militants are empowered by the PDP in Rivers State to accumulate arms illegally, and terrorise the rest of the State because Wike ascended the office of Governor of Rivers State through violence. We view these increasing attacks as an attempt to intimidate our supporters, instill fear into them and frighten them not to participate in the forthcoming re-run elections in the State.”

“As Rivers PDP, the nest of killers, celebrates its phantom victory, we wish to state that God will one day bring judgement on those who have turned Rivers State to an unsecured State where kidnapping and assassination of APC members have become a daily occurrence.”