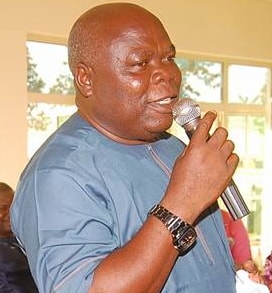 More details have emerged on the death of former Bayelsa state Commissioner, Chief Lionel Jonathan Omo who passed away in the early hours of today.

Chief Jonathan Omo fell off his Balcony and broke his limbs in his country home in Nembe LGA of Bayelsa state today.

He was rushed to the hospital where doctors referred him to another hospital in Port Harcourt where surgery was conducted by a team of surgeons.

Sadly, he died early this morning from the head injury he sustained from the incident.

The deceased who is a respected chief in Nembe kingdom was the owner of Achievers Farms in Igbogene Yenagoa.

Continue Reading
You may also like...
Related Topics:dead, jonathan omo