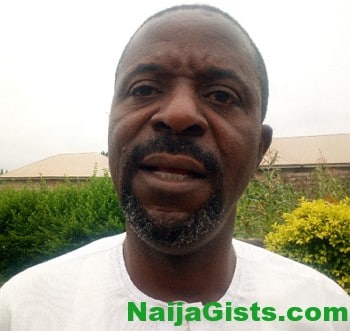 A seven-man gang attacked the politician on the outskirts of Erio-Ekiti in Ekiti West Local Government Area, very close to a checkpoint manned by policemen at about 6.30 pm.

He disclosed that the policemen manning the checkpoint fled during the attack only to come back after the gunmen had left.

Babalotin said he was travelling with his brother to Ibadan, the Oyo State capital in his Nissan Pathfinder jeep when three members of the gang emerged from the bush and opened fire.

He revealed that the gunmen wore police uniform and bullet-proof vests. He added that as he made an attempt to put the vehicle on reverse, three more members of the gang emerged from the bush.

Babalotin said he suspected an assassination attempt on grounds that a Toyota Tundra pick-up van had been trailing him from Iyin-Ekiti. He revealed that the Toyota Tundra turned at the scene of the incident unhurt.

The APC chieftain attributed his escape to, “God’s miracle” saying himself and his brother hid in the forest for about thirty minutes before coming out.

Babalotin said he was assisted by a Good Samaritan from the scene to the Aramoko Divisional Police Headquarters where he reported the incident.

“The attack happened immediately after the police checkpoint on the outskirts of Erio. The three of them emerged from the bush and started shooting, they wore police uniform and bullet-proof vests.

“As I was trying to reverse the vehicle, three more members of the gang, all of them wielding AK-47 rifles came out and they were shooting simultaneously.

“My Nissan Pathfinder jeep was shattered with bullets, the body, the windscreen and tyres. The vehicle was abandoned at the scene and myself and my brother ran into the forest where we hid for about 30 minutes.

“After they had left, we joined another private vehicle at Aramoko where I reported the incident at the police station.

“I suspected assassination because a Toyota Tundra was trailing e from Iyin and to my surprise, the Tundra turned at the scene of the incident unhurt.

“After we emerged from the bush, the policemen who returned to the checkpoint said the assassins were shooting into the bush and the policemen said those people are not amateur shooters.”