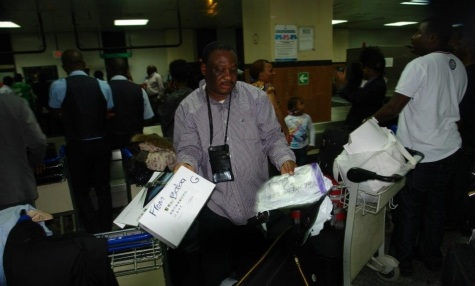 A staff of Arik Air was arrested last night at Heathrow Airport in London by UK Border officials.

According to sources, the unidentified cabin crew member was caught with cocaine drug.

Arik Air spokesman, Ola Adebanji said the airline will be cooperating fully with the UK authorities and other appropriate agencies in their investigations.

“The airline again reaffirms its commitment to the fight against drug and illicit substances trafficking and will not tolerate the use of any of its aircraft or crew for the courier of banned items and substances,” he said.