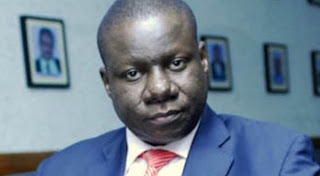 A transit passenger on Arik Air flight en-route London-Lagos-Owerri yesterday slumped and died at the remodelled domestic Terminal One of the Murtala Muhammed Airport, Ikeja, Lagos.

The passenger, believed to have hailed from the Southeast, it was learnt slumped at the entrance of the departure hall. He was with his wife and brother at the time of the incident.

According to sources, immediately the passenger slumped, he was rushed to the Aviation Clinic , where he was confirmed dead.

The passenger’s wife and brother who were with the deceased later proceeded to Owerri.”