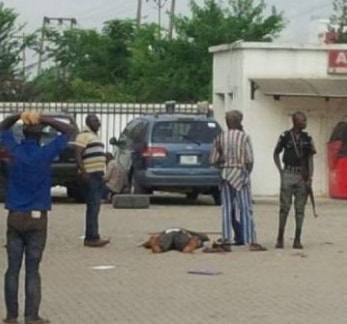 According to residents, 2 people died in the operation which lasted for 90 minutes.

A worker at the bank escaped with gunshot wound while another was shot dead. 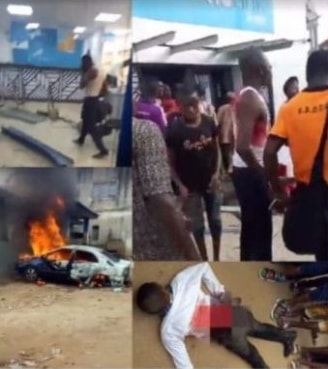 A police man guarding the bank was also shot dead by the robbers who fired grenade into the bank.

“It was a terrible experience, my palace is very close to the bank. It was terrifying, it was like a war front. They kept detonating grenades during the attack.

“I was in the palace during the robbery, the attack happened less than a hour after a bullion van delivered cash to the bank.

“We have been in touch with the governor and the state police command.”

“It Is Sinful For Born Again Christians To Do Plastic, Cosmetic Surgery” – Nollywood Actor Tells ‘Tonto Dikeh’
Nigerian Landlord Killed By Tenants In Joburg South Africa While Attempting To Collect Rent, Another Shot Dead In His House