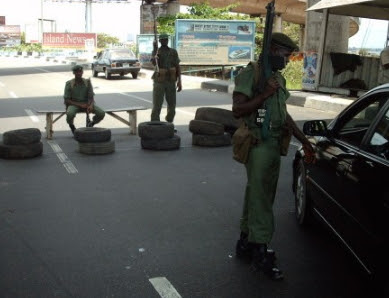 Pastor Elijah Okechukwu of The Lord Chosen Church in Onueke Ebonyi state was reportedly attacked by some robbers wearing military uniforms in Amuzu area of Ebonyi while returning from the state capital.

The robbers flagged him down and dispossessed him of valuable items including his Golf-3 car.

The state Police Public Relations Officer, DSP George Okaforn who confirmed the incident to our Correspondent, said the victim thought it was soldiers who flagged him down.

“The cleric stopped when he was flagged down thinking that it was Army officers at the check point, not knowing that they were robbers and on getting to the point, another person emerged from the bush wearing mufti. And the two of them collected his LG and Techno phones, took his Golf-3 car.
“They took his vehicle and ordered him to go back into the car and they drove him while the one wearing army uniform was driving, the one on mufti was following them on the back on a motorcycle,” he stated.