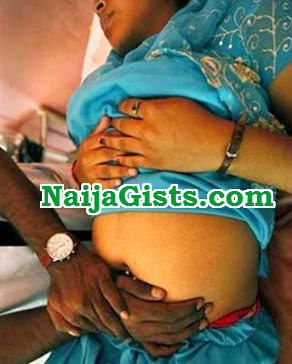 Olarenwanju Olorunfemi and a lady have been arrested over alleged role in the procurement of fatal abortion for a teenage girl.

Both Olorunfemi and his alleged accomplice, Sadiat Akeem have been remanded in prison custody by an Ado Ekiti Magistrate Court, over the death of a girl, Fumbi Taiwo, who died over complications, arising from abortion.

Olorunfemi and Akeem were fingered in the fatal abortion which led to the death of Taiwo.

He alleged that the accused, who was the boyfriend of the deceased conspired with the deceased’s friend, Sadiat to unlawfully murder her through abortion.