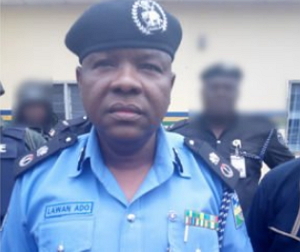 Kwara State Police command as revealed that nine policemen, a pregnant woman and her unborn baby and 13 others were killed in Thursday’s armed robbery attacks on five banks in Offa local government area.

The command’s spokesman, Ajayi Okasanmi (DSP) who confirmed this on Friday added that seven civilians were also killed by the daredevil armed robbers.

Unconfirmed reports however indicated that the casualty figure had risen to 23.

There were also reports that the robbers, in their bid to escape from Kwara also killed two mobile policemen in Okuku, Osun state while they also abandoned three of their operational vehicles on the road.

An armed gang on Thursday raided five banks and a police station in the ancient town, killing scores of people in the process.