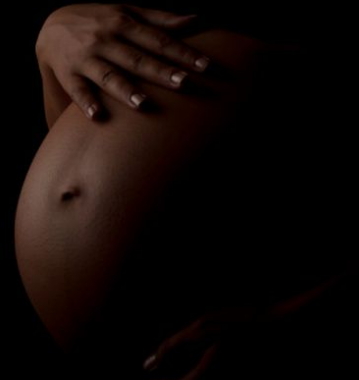 Over the weekend, some suspected  armed robbers killed a mother of two, Chidinma Obiechina, who was also nine months’ pregnant in Calabar, Cross River State. The victim’s husband, Mr. Echem Obiechina, who spoke with journalists in Calabar, narrated events which led to his wife’s death. Obiechina said two men accosted his nine-monthold pregnant wife, who was due for delivery on July 27, and attacked her on her way from her shop.

The husband, said the incident took place at Ikot Nkebre, 8th Miles in Calabar municipality. He said: “The shop is a stone throw from my house. She closed the shop a few minutes to 8p.m. (on Saturday) and was strolling down to the house when she was attacked by two men.

“They initially tried to snatch her handbag where the money of the entire sales for the day was but she tried to hold strongly to it. In the process, they hit her right in her belly; that was how she fell down. Immediately she fell down, the robbers took off with her handbag. “I was coming back from work at that same time. What I heard was the cry of pains, calling for help.

I rushed to where she was, picked her up and rushed her to the hospital where she gave up the ghost.” Obiechina said Chidinma, who left behind a fouryear- old boy and a two-yearold girl, was booked for delivery on July 27 for her third child.

He wondered why the robbers did not take the bag without killing his wife. Chidinma’s body has been deposited in the mortuary of the University of Calabar Teaching Hospital. Meanwhile, a former Deputy Speaker of the Cross River State House of Assembly, Patrick Ene, has decried what he called incessant robbery attacks in the area.

Ene said before the incident which claimed the pregnant woman’s life, residents were robbed on a daily basis. He said: “Please, let His Excellency, the Governor of Cross River State, Ben Ayade, know that Nkebre is under siege.” The former lawmaker appealed to government to extend its security apparatus to cover Ikot Nkebre community as, according to him, the people now sleep with one eye closed.

Continue Reading
You may also like...
Related Topics:delivery, due, pregnant, woman