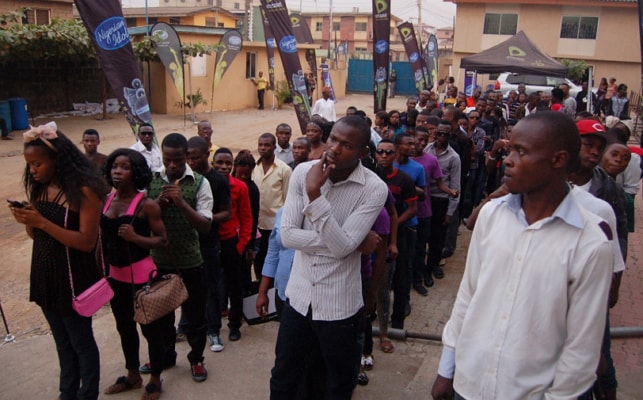 The state of art studio where Nigeria’s top reality TV shows auditions hold has been destroyed by suspected arsonists 8 years after a similar incident destroyed the studio.

Dream Studios, the sister company of Ultima studios that got burnt on the 22nd of August 2010 during an edition of Project Fame West Africa was today razed by fire.

The studio located at Bamako estate, Omole Phase 1 created panic as it went up in flames.

This is the same studio hosting auditions for  Nigerian Idols, Idols West Africa and other top reality TV shows.

Although the officials are yet to release a press statement, those in the know said it is likely to be the work of some arsonists as the same thing happened 8 years ago.