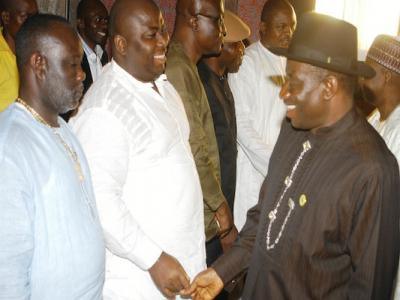 On Tuesday, the master of crime in the oil-rich Niger-Delta region was arrested for his involvement in a string of criminal activities in Benin republic and on Thursday after a personal intervention by the President Of The Federal Republic Of Nigeria, Goodluck Ebele Jonathan, he was released from Cotonou jail without condition.

President Jonathan and Asari Dokubo are from the Ijaw ethnic group. Asari is best known for staging attacks on oil infrastructure in the Niger Delta swampy creeks, that drove up oil prices to record highs in 2004.

“It was under pressure from the Nigerian head of state that the authorities freed the rebel chief on Friday at around midday,” said Benjamin Agon, spokesman for Benin’s foreign affairs department.

Benin police declined to comment but Asari’s lawyer Festus Keyamo confirmed the release and said his client was now in the Nigerian capital Abuja.

There was no immediate comment from the Nigerian government on the case, except that it denied using the presidential jet to fly Dokubo back to Abuja.

One of the diplomats said Asari’s group, the Niger Delta People’s Volunteer Force, had been suspected of lending support to criminal activities in the Delta.

However, oil production in the region is frequently disrupted by criminal gangs who tap crude from pipelines for local refining or sell it onto large tankers for export.

Imagine a president aiding the release of a criminal due to ethnic relation.

Nigeria’s fate is in God’s hand.