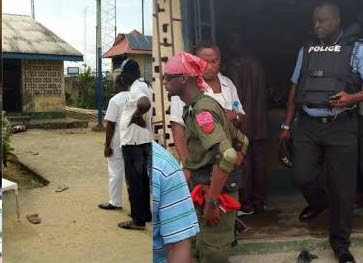 It was learnt the cultists are aged between 15- 22 years.

We gathered that the cultists vandalized cars and blocked the entrance of Baptist Government Hospital, Eku to prevent medical officials from attending to the injured.

It was learnt that the cultists who were dressed in black outfit stormed the police station around 9.00a.m weekend and freed cult members arrested by the police.

On securing the release of their members, The Nation gathered the cultists went on a rampage in the community attacking innocent residents.

But another version claimed that the mayhem started around 10 a.m at Eku junction at a drinking pub before it escalated.

A source who preferred anonymity blamed the perpetrators of the crime on the Aye confraternity and Viking group causing violence in the community.