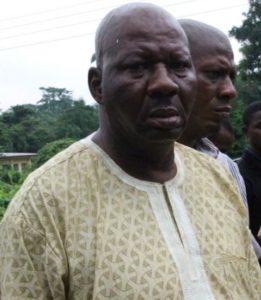 The actor who is now claiming to be battling diabetes received the fund today through Remi Surutu and other entertainers.

Osinbajo who donated the whopping sum also urged well meaning Nigerians to support the actor in any capacity.

Here are his prayers for the comic star.

“God is to us a God of deliverance; and death has no power over your life. I am positive that his healing hands will restore your health and cast out every form of infirmity in your body”.

Since he opened up about his battle with stroke last week, the actor has been smiling to the bank.

A source said his home in Ikorodu has become a mini tourist attraction.

Continue Reading
You may also like...
Related Topics:baba suwe, diabetes