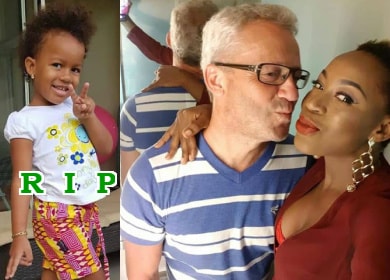 Peter Nielsen, the Dane who killed his wife and daughter earlier this year on Tuesday told a Lagos High Court in Igbosere that his father-in-law, Mr. Christopher Madaki, was responsible for the death of his wife, Zainab and their three-and-a-half-year-old daughter, Petra.

Nielsen, who spoke through his lawyer, Mr. Olasupo Shasore (SAN), alleged that Madaki and some unnamed family members returned to his home and removed his wife’s safe.

Nielsen (53) is on trial for allegedly killing 29-year-old Zainab (alias Alizee), and Petra on April 5 at their Banana Island home. 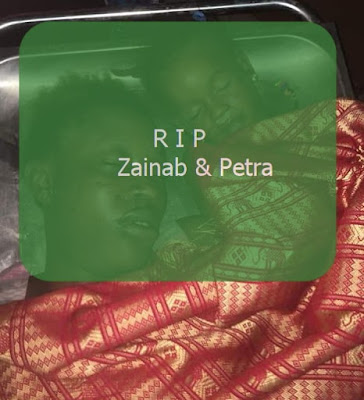 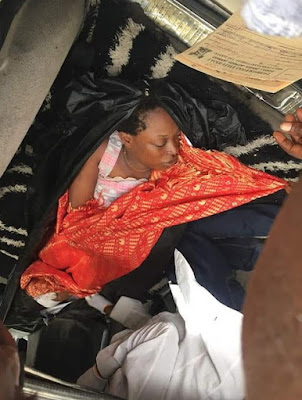 During cross examination, Shasore accused Zainab’s family of being responsible for her and Petra’s death.

He alleged that Madaki rushed down to Lagos in the morning of the fateful day, while the next day, he and some of his family members were seen on Closed Circuit Television (CCTV) returning to the couple’s Banana Island home to remove her safe.

Madaki denied the allegations and challenged the defence to provide the video.

Shasore: “CCTV showed that you spent the night on Banana Island and returned there on April 6. You and others removed the safe belonging to Zainab Nielsen from the eighth floor, Flat 17, you removed the safe.”

Madaki: “I believe you already have the CCTV recording. You can play it. I never returned to Banana Island after April 5.”

Shasore alleged that valuables in the safe included title documents to property bought or paid for by Nielsen or Zainab.

The defence also alleged that Zainab transferred millions of naira to her stepmother and that she bought or built the Abuja home where Madaki and his wife lived.

He alleged that Zainab and Petra were killed because of the property.

Shasore: “I put it to you that Zainab Nielsen owned the house you live in, in Abuja.

Shasore: “The house was paid for by Peter Nielsen.”

Shasore: “Two months before her death, she told you and your wife that she needed the property and she needed you out of that house.”

Shasore: “You are her next of kin?”

Madaki: “I am not aware. She never mentioned that to me.”

Shasore: “The reason you were able to come to Lagos so quickly was because you knew she would be killed that morning.”

On how he learnt of his stepdaughter and step granddaughter’s deaths, the witness said: “On April 5, me and my family were having our morning devotion in my sitting room. That was about 6 a.m.

“I went to my room and realised that I had missed three calls from Peter. I showed my wife the caller IDs and she said ‘they normally wake up at 10am, why is he calling you at 6am?’”

Madaki said he called Peter back thrice before he got a response.

According to him, the defendant asked him to take a flight to Lagos. That he would pay.

“I said, ‘No, what is going on?’. He (Nielsen) said he saw his wife and daughter lying down in the kitchen. I asked him what happened to them. He didn’t say anything. He cut the line.

I called back again, he didn’t pick,” Madaki told the court.

The witness further accused the defendant of being violent towards Zainab.

He said: “Sometime between June and August 2017, Zainab came to meet us in Abuja. She said she had been experiencing series of beatings and domestic violence from her husband and she had refused to tell us. But that this one was too much. That was why she ran to Abuja.

“I asked her why she didn’t report to the police, she said she did and that Peter was invited and he made an undertaking at the Ikoyi Police Station.”

Nielsen was arraigned by the Lagos State government on June 13 on a two-count charge of murder contrary to Section 223 of the Criminal Law of Lagos State, 2015.

The prosecution told the judge that Nielsen murdered both Zainab and Petra at about 3:45am on April 5, at No. 4, Flat 17, Bella Vista Tower, Banana Island Ikoyi.

The alleged offences contravened Section 223 of the Criminal Law of Lagos State, 2015.

Nielsen, who has been on remand in prison custody since April 11, pleaded not guilty.

The defendant’s remand on April 11 was by a Yaba Chief Magistrates’ Court in Lagos following an application by the police.

The police alleged that the defendant was habitually violent to Zainab, a musician, and that a fight broke out between the couple in their flat at about 3am, following which she and her daughter were killed.

Justice Mobolanle Okikiolu-Ighile adjourned till November 27 for continuation of trial.