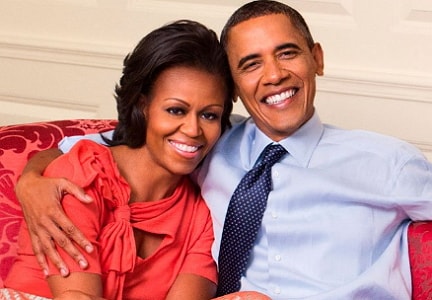 EX- US president and first lady, Barack and Michelle Obama have signed a deal to produce films and documentaries for the TV streaming giant Netflix.

The former President said one of the simple joys of his time in office was getting to meet so many fascinating people from all walks of life, and to help them share their experiences with a wider audience.

“That’s why Michelle and I are so excited to partner with Netflix – we hope to cultivate and curate the talented, inspiring, creative voices who are able to promote greater empathy and understanding between peoples, and help them share their stories with the entire world,” he said.

Barack Obama already has a connection with Netflix, having appeared on a special programme with talkshow host David Letterman.

The Obamas, who have kept a relatively low profile since leaving office, have established a company named Higher Ground Productions to manage the project.

The New York Times has previously reported the former president was in talks to develop shows “that highlight inspirational stories” rather than attacking conservatives or criticising Donald Trump.

Michelle Obama hinted that their programmes would follow this template, saying she and her husband have “always believed in the power of storytelling to inspire us, to make us think differently about the world around us, and to help us open our minds and hearts to others”.

Continue Reading
You may also like...
Related Topics:deal, netflix, Obama