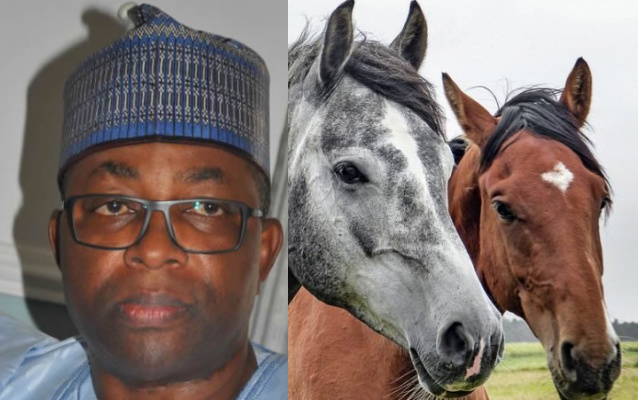 Bauchi State Government on Wednesday disclosed that it spent the sum of N90m to purchase horses for some Emirs in the state.

The horses, according to the Commissioner for Local Government and Chieftaincy Affairs, Nasrudeen Mohammed who spoke to disclosed this at a ministerial press briefing at the state secretariat, the horses are for the six emirate councils in the state.

He said the government, through the ministry, ‘purchased horses for six emirate councils to maintain the culture and traditions of the state at the cost of N90, 000, 000.

“The government also purchased 25 Toyota Hilux vehicles and their accessories and distributed them to the security outfits in the state at the cost of N252,000, 000.

Pensioner in the state have called for the impeachment of Governor Mohammed Abubakar for refusing to pay their salaries.