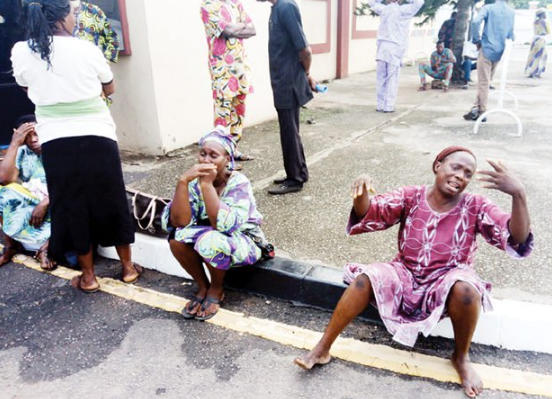 June 8, 2017 – Poor Farmers Whose Children Got Kidnapped At School In Epe Protest At Ambode Office, Say Kidnappers Have Stopped Calling Them

The parents of the 6 poor kids kidnapped in Epe about two weeks ago stormed Lagos Governor Ambode’s office yesterday to demand the release of their children.

In tears, almost all the parents said the dare devil kidnappers have stop negotiating with them after claim that the N10million they offered was too small, hence they prefer to negotiate with the State Government directly over the non negotiable N100million they initially requested for.