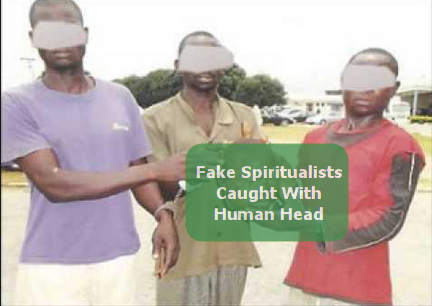 Some criminals suspected to be rapists have taken over the nooks and crannies of Delta State, posing as spiritualists to woo unsuspecting female into ritual activities, during which some have been reportedly raped.

It was learnt that the fake spiritualists perpetrate their act by pretending they can assist unsuspecting women in solving their problems, especially those looking for the fruit of the womb.

Their mode of operation allegedly involves drugging their victims, raping them while unconscious before extracting body parts from them for ritual purposes.

While a group, Progressive Group, have expressed concern and condemned the acts, the leader of the group, Mr. Emeka Okonta, who spoke to our correspondent, however expressed preparedness to go after those suspected of such acts.

In Oleh, Ozoro, Asaba and Ibusa the residents are living in fear and seeking the protection of security agent because of the fear of falling into the nets of the ritualists.

The suspected ritualists have allegedly taken over local hotels in Asaba, where they reportedly meet at night fall in most cases to recruit agents that will be working for them.

But the Commissiner of Police in the state, Alkali Usman, has assured that the hoodlums would be brought to book, stating that efforts have been put in place by police detectives across the 25 local government councils in the state in collaboration vigilante groups to uncover those behind the crimes.

Although there have been allegations that have been hue and cry of cases of alleged rape of married women in Ughelli, Abraka, Ozoro, Ibusa and some parts of Asaba but the situation as described by the Iyase of Asaba, Chief Patrick Onyeobi portends evil and sacrilege to the lands.

Onyeobi called on security agencies to redouble efforts to bring the criminals to book.

Continue Reading
You may also like...
Related Topics:asaba, delta, Ritualists