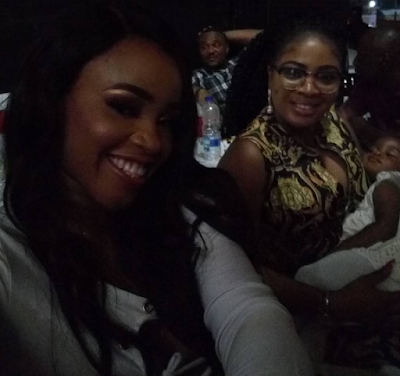 The troll who identifies herself as Bidemi’s friend told Bose her husband allegedly rented an apartment for Bidemi to facilitate their bedroom meeting.

Bose Alao who seems unperturbed about the whole mess took to her Instagram page to reveal what the troll told her about Bidemi’s sexapades with her husband.

See what Bose Alao shared on her official IG page below 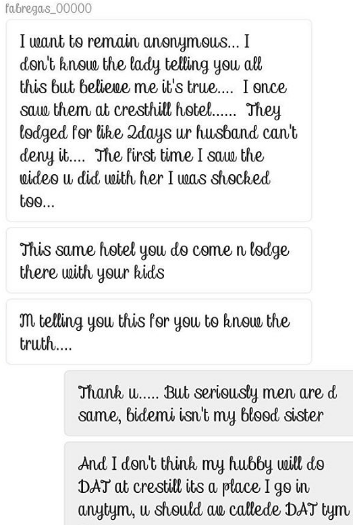 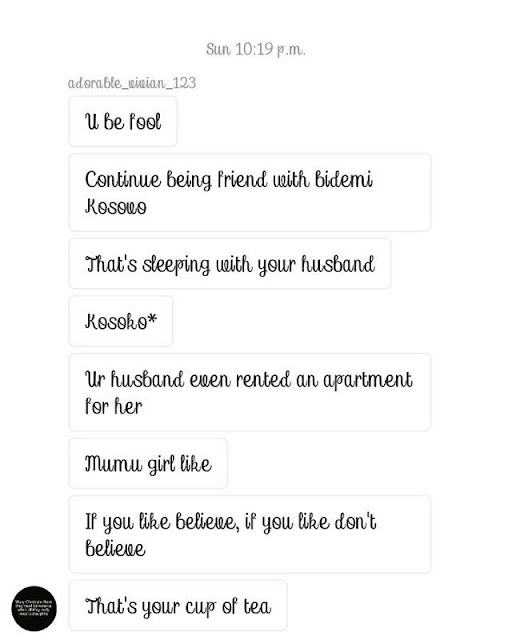 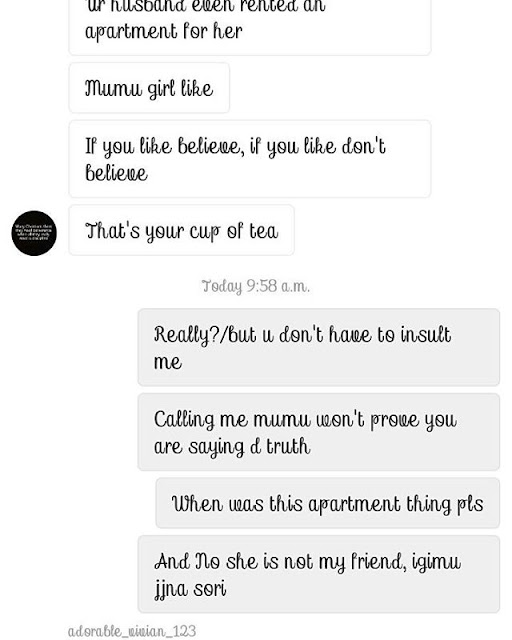 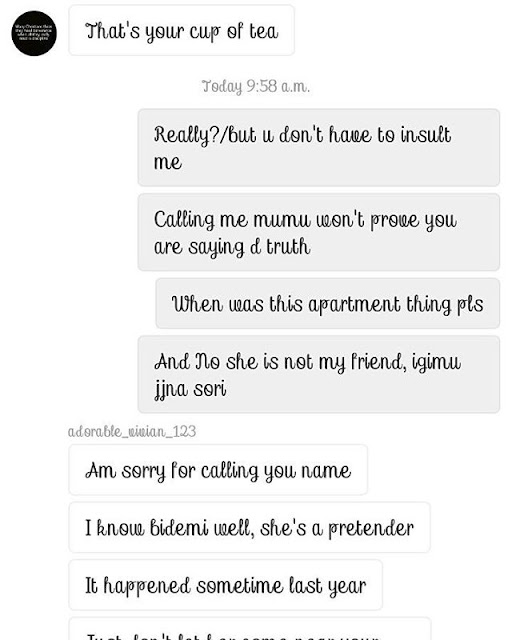 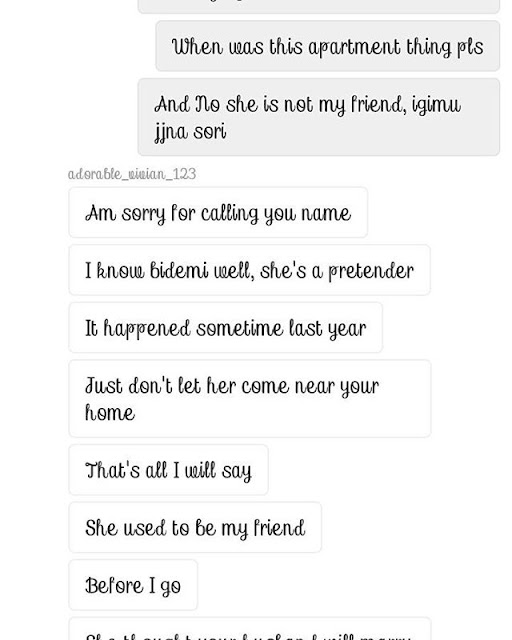 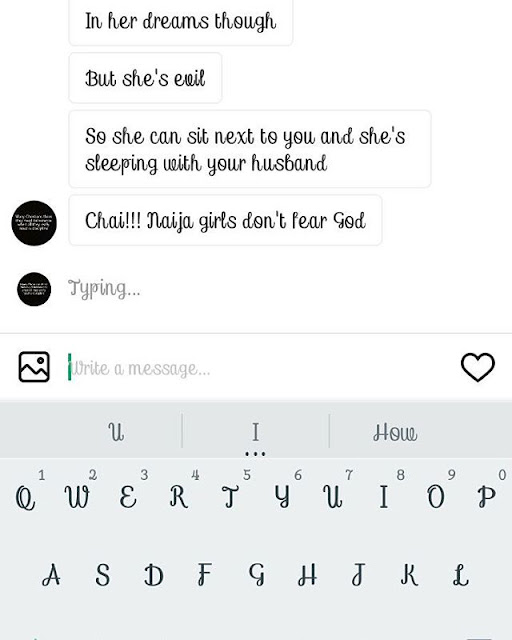 There is usually some truth behind every rumor…..make madam Bose Alao hold her man tight oooo.

Tonto Dikeh and Toyin Aimakhu story should be a lesson enough to wake Bose Alao from slumber.

Bidemi Kosoko has been romantically linked with many married men in the past so this should not come as a surprise.